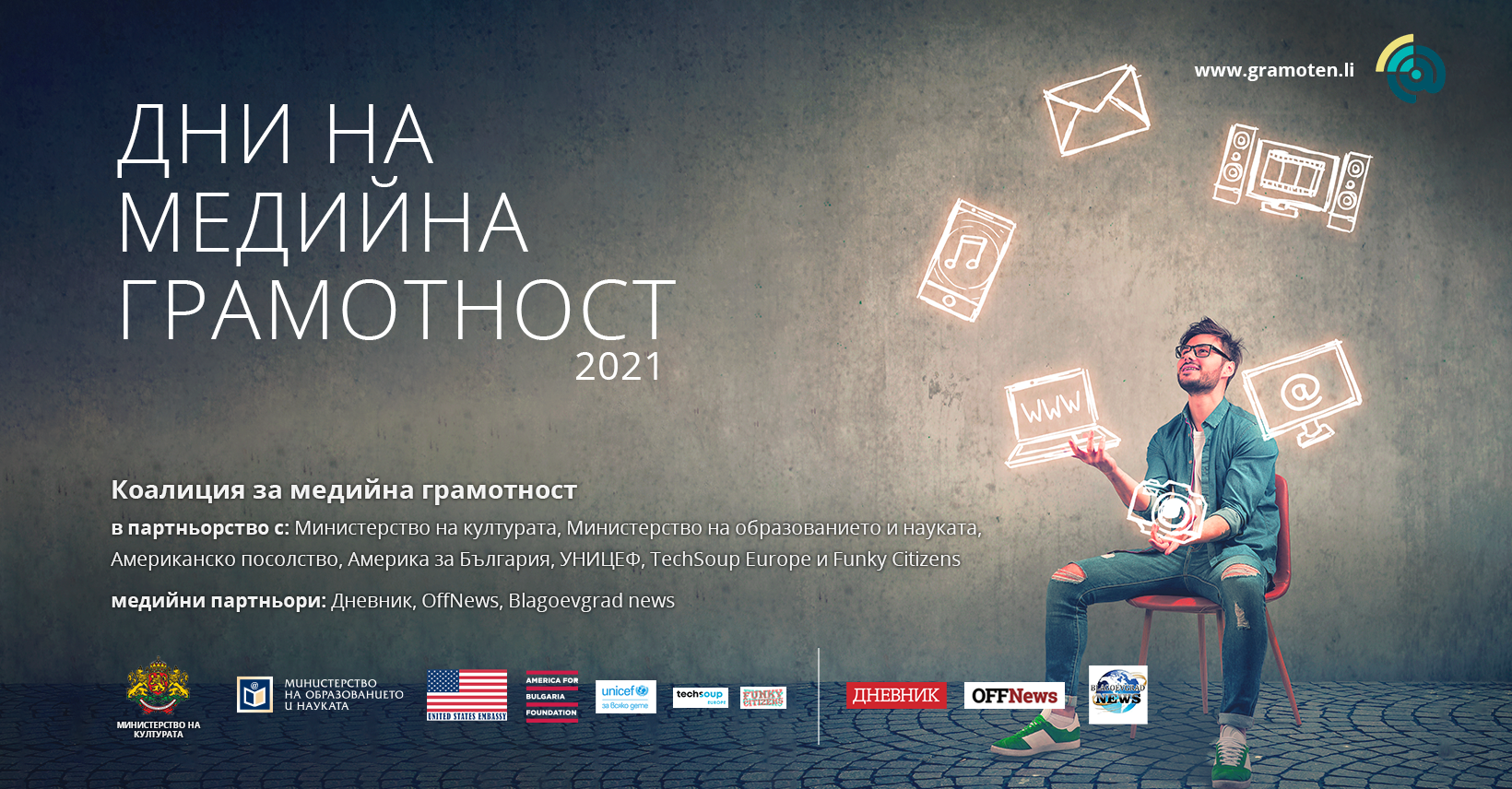 Media Literacy Coalition organizes two major campaigns each year - "Media Literacy Days" in February-June (July) and a national conference in the fall. Through them, the association promotes the importance of media literacy and enables various stakeholders to recognize the topic and get involved in the initiatives of the Coalition.

In October 2020, the Coalition, together with the Friedrich Naumann Foundation for Freedom and with the support of the Ministry of Education and Science, the Ministry of Culture, the Active Citizens Fund, the American Chamber of Commerce in Bulgaria (AmCham Bulgaria), the German-Bulgarian Chamber of Industry and Commerce (AHK Bulgarien), the Bulgarian Association of Software Companies (BASCOM), the Branch Association of Bulgarian Telecommunications Operators (BABTO) and the Bulgarian Public Relations Association (BPRO), organized and held the national conference Media Literacy in Bulgaria. What have we learned from the crisis? The event was held as part of the Global Media and Information Literacy Week and was part of the Friedrich Naumann Freedom Fights Fake global campaign Freedom Fights Fake.

As part of the "Media Literacy Days 2021", the Coalition organized more trainings than any other year, reaching a new group - that of the elderly (over 55+) years.

In 2021, the national conference is again organized jointly by the Media Literacy Coalition and the Friedrich Naumann Foundation for Freedom. This time the focus of the forum is the lifelong development of media literacy as a counteraction to disinformation campaigns. It will be preceded by three trainings aimed at different target groups. Through them, as well as through the conference itself, the Media Literacy Coalition is once again taking part with dedicated events in the UNESCO Global Media and Information Literacy Week. In 2021, the theme of the international campaign is "Media and information literacy for the public good".